I was a late addition to the Scotland North team for the interdistricts. Full of the cold, my participation in the district champs in December extended only as far as honking a clown horn and shouting soggy words of encouragement, most of which were carried off towards the North Sea by the squalls blowing down Loch Ness. I’m not sure how many of those who earned their spot that day were unable or unwilling to attend, but I suspect I was the selectors’ last resort, one better than going the full Cinderella, taking the vest down to Bught Park parkrun and seeing who fitted it best.

Nonetheless, it’s nice to add a little exclusivity to the wardrobe and the red of the vest is a really good match for the red of the Highland Hill Runners tartan shorts. Plus, if you pinned your number high enough the North part would be hidden and people might think you were running for Scotland. But then again, why obscure the North when it is clearly the best district to run for?

Think North, you think Svalbard. Think West, you think Saltcoats. Not there’s anything wrong with Saltcoats as such, but the imagery it conjures is undeniably less powerful.

West
A forlorn child on holiday watches the drips of his melting 99 blow off across the beach.

The North is a destination. Go north and you’ll get there. Go West and you’ll keep going forever in a crappy display of Sisyphean futility. And you’ll be doing it into a headwind.

You get the idea. 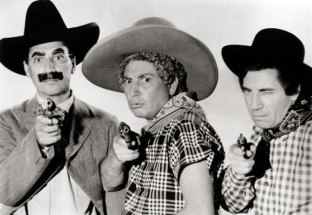 After a week of convalescence post Tour de Helvellyn (Race Report: shite), I spent 2 weeks trying to learn how to run fast. In anticipation of running in circles round a golf course I ran in circles around a variety of other sporting venues; waterlogged rugby pitches in Kirkwall, Comrie cricket club/skatepark, the shinty pitch in Kincraig. When people talk about specificity of training I think this is what they mean. I even bought some spikes. I even ran in them before the race.

Saturday was the wettest day since The Flood. A windscreen wiper on Jack’s van decided that this was the day to break. Pausing in Perth to gorilla tape it back together, we looked on in wonder as a boat drifted by with a bearded guy and two of every animal.

Unsurprisingly, King’s Park was a swamp. Rollerblades would have been useless. Setting off, anyone not in the front row was instantly showered in the spray thrown up by those ahead of them. We rounded the first corner like 170 frantic, faecal Jackson Pollocks. Par for the course went up with every lap. Firm ground on lap 1 was quagmire on lap 2, by laps 3 and 4 the sharper corners had developed deep ruts and berms that wouldn’t have been out of place on a motocross track. 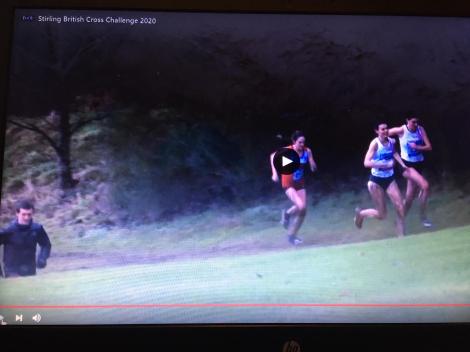 It turns out I can add running in deep mud to the list of things I’m not very good at. Combined with my lack of aptitude for running on the flat I was only ever going to end up covered in shite, not glory.

Still, I managed to not come last in the inter district race (only just), I squeaked into the top 100 (really only just) and I didn’t get lapped. Doing things you suck at is usually good for you. And the cross countries are proving to be a fantastic way to scratch the racing itch. Only running 2 races all last summer, having raced as much as possible in preparation for Kima the summer before, I realised how much I missed trying to breath through my ears.

More XC action this weekend as the North League heads to, wait for it, Peterhead. I now regret saying all those nasty things about Saltcoats

*Incredible coincidence time: I pulled Saltcoats out of my arse. Turns out, it is the birthplace of Al Howie, whose 7,300km run across Canada is one of the most revered ultrarunning feats. Someone wrote a book about him. Writing this blog cost me £14.99.